Clifford Adams: You know, I caught the flu. People were dying like flies…When I got home, I was so sick. I was living on 31st St. I went in and said, “What are you doing here?” I said, “I got the flu.” She said, “Well, you better go up and go to bed.” I went upstairs and when the doctor was over he told me to keep taking that. He told my wife and my father. My father had to get some whisky. I would take a tablespoon full of whisky and about twice as much water every two hours. That was his main remedy. He says, “People don’t die from influenza but they die from pneumonia if it comes on you after. This will keep the pneumonia off of you.” So that’s what happened.

Anna Lavin: Nobody came into work. Everybody was sick. It didn’t last too long. I mean, a couple of months is too long. It was a whole lifetime. And the only thing I knew to do is that whoever had fever, to sponge them. Give them a sponge bath.

Anna Van Dyke: My whole family had it except my mother. My father, he had it. And the doctor said, “I can’t come every day.” He said that I was going to die. I had a bad heart because I had had rheumatic fever. He said I was going to die. When I died, they should go over and get a death certificate and that would be all right, you know? But I didn’t die and my mother had made good wine out of oranges and lemons and all kind of fruit and every once in a while my father would put a blanket around him and get a hatchet and he’d go, “Whoa, whoa, whoa!” You know, he was an Indian. He would go down stairs. All of us were sick. We couldn’t go down and see, so he’d come up and get in bed and a little while afterwards, he’d come up and do it again. 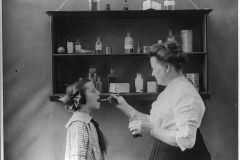 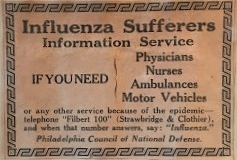 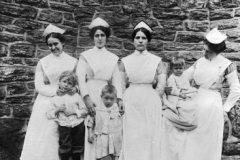 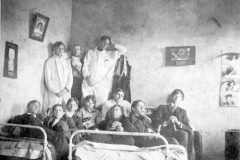 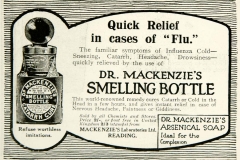 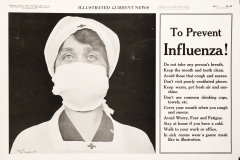 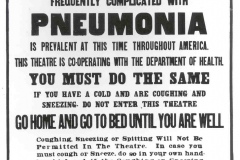 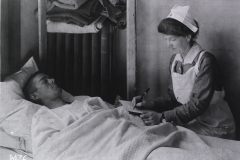